Now, if a career politician in Nepal (where I was lucky enough to have been posted in the US Peace Corps) was found to be worth millions of dollars, and essentially, s/he had done nothing beyond politics his/her entire career—it would be clearly evident--high chances of hanky-panky, graft and corruption squeezed out of a dysfunctional system.

The widespread pox of corruption is actually lethal in Nepal. Long-suffering people bear the consequences of a stifling lack of progress and development (despite decades of indefinite aid) and face chronic poverty and its many ills including an inordinate amount of suffering from bone weakening hunger and lack of hygiene and health care to lack of education, human rights and opportunity and much more beyond a lack of basic fundamental necessities.

There seems to be a different gauge in the USA for measuring such malfeasance. At any rate, someone who has been a public servant virtually an entire career and has amassed tens of millions of dollars (if not much hundreds of millions)…

More on this subject here:

Unavoidable Royals of the United [Kingdom] of America

Guess Who Else are not in the Vaunted European Union...

None other than two of the top ten economies in the world...and countries among the most desirable places to live in Europe for quality of life including natural environment, opportunity and personal liberty...

Both are at the peak of the UN's Human Development Index (2015 estimates based on 2014 data puts them at #1 and #3) and both rank in the top ten by GDP (Gross Domestic Product) / PPP (Purchasing Power Parity) per capita (according to two indices, a International Monetary Fund 2015 projected index and a World Bank index using data from 2011-2014).

They are the only two European countries listed in the top ten by GDP/PPP other than tiny Luxembourg (which is in the European Union).

Neither Norway nor Switzerland are part of nor ever have been part of the vaunted European Union.

Great Britain seems to have set its sails for good company.

Further reading about the #EUref and #Brexit here,
Whingeing Pommies?
and
Why Give Distant, Faceless Bureaucrats any Power?
Posted by Unknown at 10:18 AM No comments:

Of course the Brits excel at everything from education and culture to wit and witticism or so they would have us believe.

Nevertheless, will whingeing pommy pettifoggery ever cease? No matter how far from home a Pom roams, they now even decry emancipation from faceless bureaucracy, crony faux-capitalism and crony socialism (most obstreperous are the Egglish from Eggland :)

Enjoy the newfound freedom...if it can be achieved..I truly believe that the fewer people you have telling you what to do, the better off you will be. If regulation is needed, then the nearer regulators are to home the more informed and effective they will be. Right, isn't this bedrock common sense?

Cheers for your consideration. Of course, it's only a perspective...biased by my values and experiences. Some people peer through an entirely different looking glass. If anyone can claim absolute truth on this issue, then I would be even more surprised.

Cheers again for your kind consideration.

More about this here, Why give distant, faceless bureaucrats power without accountability?
and Guess Who Else are not in the vaunted EU

Posted by Unknown at 5:19 AM No comments:

Why give distant, faceless bureaucrats power without accountability?

Similar to aid agents in Nepal who are abetting and colluding with the ruling gangsters…can outsider’s really know how best to overmaster Britain?

Why is there even consideration to allow closed-door, faceless commissars and factotums, largely exempt from their own diktats and decrees, any power--especially power with little to no oversight and accountability?

The more distant a governing class is from the people they govern, the less accountability this ruling class will have and generally, the less voice and freedom for the people governed.

Why invite this faceless authority into existence with power over Britain--distant rulers deciding what Britons can and cannot do?

I truly believe that the fewer people you have telling you what to do, the better off you will be.


Of course, it’s only a perspective…biased by my values and experiences. Some people peer through an entirely different looking glass. If anyone can claim absolute truth on this issue, then I’d be even more surprised.

Cheers for your kind consideration.

More about this here, Whingeing Pommies?
and Guess Who Else are not in the vaunted EU
Posted by Unknown at 6:47 AM No comments:

On January 17th, 1961, Dwight D. Eisenhower gave a farewell address with prophetic warnings for modern times. The following are excerpts:

"...public policy could itself become the captive of a scientific-technological elite."

"In the councils of government, we must guard against the acquisition of unwarranted influence, whether sought or unsought, by the military industrial complex. The potential for the disastrous rise of misplaced power exists and will persist."

"...protected as we are by our moral, economic, and military strength. That [conference] table, though scarred by many past frustrations, cannot be abandoned for the certain agony of the battlefield."
-----
More on this subject here: Neo Stasi?

My latest attempt at a Himalayan rhapsody in blue..(don't mind, yes please, dhanyabhad-thank you)... 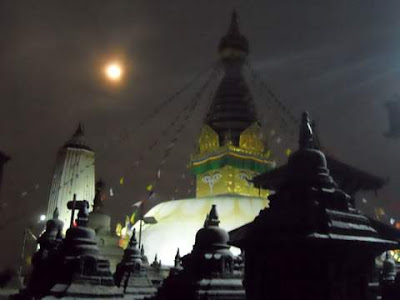 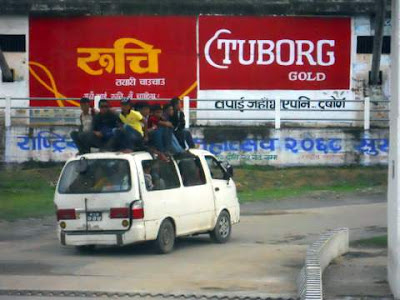 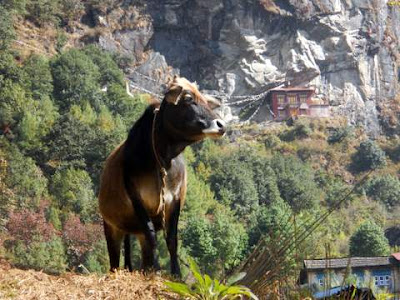 Campaigners are noisily calling for gun control at home in the USA while abetting the precise opposite abroad---arming the world…arming the world (including dictators and outlaws in unstable regions and countries).

Mealy-mouthed deceivers collect social merit points in the US homeland for decrying gun sales while profiting off a deathly hypocrisy in distant lands.

Isn't it ironic, this military industrial psychosis? Not only ironic, tragic.

The following excerpt is taken from Nepal's Improbable Maoists (July 29th, 2012): "'Light arms' are the flouted 'Weapons of Mass Destruction' with an estimated 300,000 deaths annually worldwide from gunshot wounds (and over a million people maimed) according to the Small Arms Survey by a Geneva think-tank.
Incongruously, UN Security Council members dominate world arms transfers, over 75% going to developing nations and areas that are politically unstable and rank poorly in corruption indexes. Arms suppliers irresponsibly turn a blind eye. The United States is the foremost dealer, with deliveries valued at $8.6 billion in 2010, accounting for 39.2% of worldwide distribution to developing areas.
Former US Secretary of Defence Robert McNamara confessed about US involvement in Vietnam, 'We were wrong, terribly wrong. We owe it to future generations to explain why'. He was equally emphatic on Iraq: 'It’s just wrong what we’re doing. It’s morally wrong, it’s politically wrong, it’s economically wrong.'”

Some people refer to this era as the Kali Yuga -- an age of confusion, disharmony and destruction. Where has the mighty warrior of peace Muhammad Ali gone when he is needed most? #TheGreatest 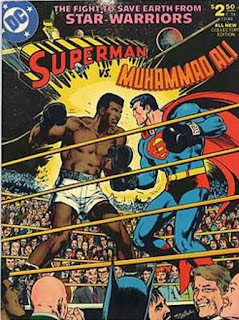 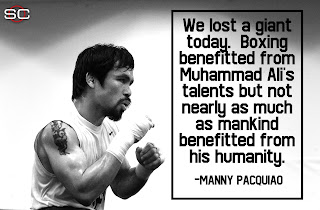 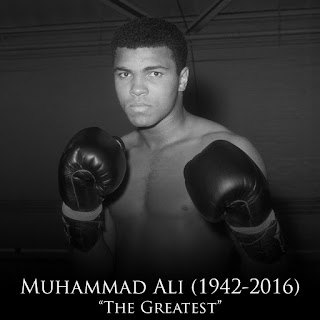