"Make them laugh, otherwise they will kill you"

“If you want to tell people the truth, make them laugh, otherwise they'll kill you.” ― Oscar Wilde

Java on my mind in Kit-Katmandu

Posted by Unknown at 8:57 PM No comments:

Their only option was to leap off the wind-battered summit of Sagarmatha (Everest). Surviving that lion-hearted feat, Sano Babu Sunuwar​ and Lhakpa Tshering Sherpa relished a Himalayan air safari with perhaps the best views in parasailing history…more here:

Posted by Unknown at 7:48 AM No comments:

More flexibility and freedom for Nepal...

"China will supply fuel at international rates, which Kathmandu might find cheaper than its imports from India. To begin with, China will fulfill at least a third of Nepal's requirements."

Fuel for Nepal is better than dubious foreign aid. #FreeNepal

Hof is referred to as The Iceman for mind-blowing ‘super-human’ feats in extreme weather and extreme conditions. The inspiring discussion goes above and beyond pranayama, meditation and general yoga and invokes natural spirituality while breathing new life into human potential and especially recovery to wellness and health -- including hacking depression...Hof’s wife killed herself while facing depression in 1995, and that personal tragedy compelled him deeper on a sacred voyage of internal and natural secrets and discoveries. 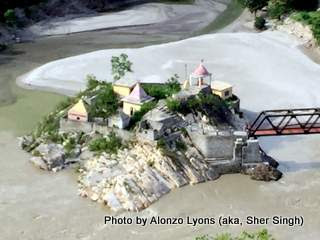 Posted by Unknown at 9:55 AM No comments:

A wild Age of (Extreme) Materialism, this era when Mammon reigns as deity lording over feverish devotees.

"When it's a question of money, everybody is of the same religion."  -Voltaire

“Only a dummy would give this up for something as common as money.” - Grandpa George of Willy Wonka & the Chocolate Factory by Roald Dahl

Posted by Unknown at 4:38 AM No comments:

"Mr. Deaton is a strong critic of foreign aid. He believes that the approximately $5 trillion given by governments of rich countries to poor countries over the past 50 years has undercut good governance by making poor countries’ leaders less accountable to their own citizens." --excerpt from piece by David Henderson, The Wall Street Journal

Angus Deaton, 2015 Nobel Prize winner in Economic Sciences, gets it. How about you gentle aid agents? With all due respect, please be sensible and awaken to the reality of the stifling effects of aid despite decades of good intentions.

Unfortunately, aid tends to endow (knowingly and most often unknowingly) dysfunctional elements of the status quo including ruling gangs with unearned status and leverage. That perpetuates and prolongs the very problems that aid is endeavoring to solve and dis-empowers people. Despite the best of intentions (which are not in doubt), the people endure chronic poverty and its lethal effects.

For once, will the aid industry at least consider that they might be doing some harm? This question is not unreasonable, especially when hundreds of millions of people are suffering every day and have been suffering for decades upon decades for want of progress, health and opportunity. Might intervention be causing harm? Should not that be the first question of all before an aid entrepreneur packs his/her bags to effect change in a distant foreign land?

Until then, until we see clear, transparent, and objective proof worthy of trillions of dollars and years and years of critical time gone--lost time and lost opportunity borne by an impoverished people--people without a defender, without an advocate, without a champion, without representation--then, I will continue to believe the aid machine is generally misguided and tends to abet the very people keeping the poor undeveloped and paralyzed in failed governance and failed aid folly.

If foreigners truly want to assist and cannot resist trying; if they believe that they can effect change in a far-flung land (typically, enjoying high salaries that put them in the 1% of the very people that they aim to ‘aid’), then the best thing imaginable for development and progress would be to free the people from oppressive and corrupt governance including unethical bureaucrats from top to bottom and entitled gangs with unearned privileges. Without state and foreign interference, then the people could pursue their own dreams and ambitions with their own talents and capabilities.

Another interesting piece by Thomas Bell (Blockade Politics in Nepal, Al Jazeera, 09 OCT 15), although I'm not sure that any country deserves (or wants to claim) much credit for a torturous “10-year peace process” resulting in an unsatisfactory constitution.

Most diplomats and politicians in Nepal play a self-serving game of realpolitik as salt is pouring into the heavy wounds of the year--shamefully as Dashain (Nepal's most important festival) approaches.

“Like the snowy Himalaya
The virtuous shine from afar.
And the wicked move unseen
Even When Near
Like arrows in the night.”
– from the Dhammapada (Pakinnakavagga) of Sakyamuni Buddha born in Lumbini, Rupandehi District, Nepal

#Nepal, #ThomasBell, #Dhammapada
Posted by Unknown at 5:15 AM No comments:

Ben Ayers is an acquaintance and a fascinating and talented guy. He is quoted in this article, "The Tricky Ethics of the Lucrative Disaster Rescue Business" (by Abe Streep, WIRED magazine, August, 2015). “There is the issue of those flights going to pick up wigged-out tourists instead of going to pick up really fucked-up people in Gorkha.”

I agree with him while humbly contending that indefinite aid to Nepal has severely crippled her politically and economically and even damaged the cultural ethos.
Of course, assistance is necessary in a humanitarian crisis. Unfortunately for Nepal, foreign agents have been operating since the 1950's with little oversight beyond toothless internal reviews that often overlook and reinforce mistakes and errant campaigns. Ironically, decades of 'aid' contributed to the pathetic situation of complete unpreparedness for a natural disaster and inability to respond for lack of essential infrastructure including roadways, medical and civil facilities and other networks and operations managed by skilled and knowledgeable people.
In reality, prioritizing 'aid' over commerce all these years has severely hampered progress and development and indoctrinated a donor mentality with adverse effects worse than any virus or natural disaster for that matter. It has wounded society to the core. In particular, foreign agents tend to abet and endow dysfunctional elements of the status quo (knowingly and most often, unknowingly). If the talented people of Nepal had been left to their own initiative for the last six decades without the interference of foreigners and the ruling establishment as well as a privileged gang with unmerited entitlements then the dazzling Himalayan skyline and beyond would have been the limit. Nepal would be a paradise for the locals and not just transitory tourists. Instead of paradise, it has been led astray and is continually teetering on the brink of failed state status.
With all due respect, if foreigners truly want to assist, if they believe that they can travel overseas to effect change in a foreign land (typically enjoying high salaries that put them in the 1% of the very people that they aim to ‘aid’), then the best thing imaginable for development and progress would be to free the people from oppressive and corrupt governance including bureaucrats from the Mechi (eastern border) to the Mahakali (western border). Then the people could pursue their own dreams and ambitions with their own talents and capabilities.
Any other actions other than cleaning up governance tend to do have the opposite effect, i.e., endow a dysfunctional system and privileged gang with unearned entitlements. More power and leverage to the wrong gang has been prolonging issues of development and progress with extremely dire consequences for the honest people of Nepal including an inability to cope with a natural crisis and the pox of chronic poverty with its lethal ills.
Nepalis deserve better. Poor governance for the foreseeable past put them in a position of vulnerability. Apart from post-disaster humanitarian relief, Nepalis are more than talented, knowledgeable and capable enough to do what needs to be done in their homeland…if foreign agents and organizations and the political establishment would simply be willing to get out of their way for once after six decades of stifling interference that has dis-empowered the people.
As Dr. Dambisa Moyo cries out about her own motherland, “Let my people go!”

Bill Gates' harsh response to a thoughtful, ethically valid question reveals how out of touch he is with data-driven evidence on African aid (despite a fishy claim of reading Dr. Dambisa Moyo's book, Dead Aid).

Dr. Moyo obviously is not against vaccinations and saving children’s lives. Framing it that way is Bill's intimidation tactic that unjustly attacks Moyo and overlooks a compelling message about the downside of aid that she points out with very well-spoken scholarship (surprising for an economist) with credible documentation.

With all due respect, Bill might be more judicious than to allege her book 'promotes evil' (whatever evil means to him or anyone). It is not only off the mark, it smacks of colonial self-righteousness, doesn't it?

Bill is a foreigner trying to effect change in faraway lands while relying on biased people with vested interests (i.e., people keen on his payouts). He does not come anywhere close to Moyo's expertise and experience. Dr. Moyo is Zambian and backs up what she is doing with first-hand experience living in the African continent, prima-facie observation and reliable research full of hard-hitting facts.

Moyo's scholarship is not devaluing all of  Bill's campaigns -- read the book, Bill, listen to Dr. Moyo; you are doing good work, too. It is not  you versus her…again, read the book and consider the fact-filled evidence before commenting about it-- if not, then continue to be blind to her revelations and the reality on the ground -- a deathly reality for those in dire situations facing the pox of chronic poverty that aid often abets, especially by endowing dysfunctional elements of the status quo.

Moyo is a solo voice of reason opposing many others including players with deep pockets and moneyed interests. Countervailing the overbearing power and leverage that money infuses those players with takes moxie. She is championing long-oppressed people and is ringing the alarms about what has been happening for decades in her homeland continent of Africa.

Over a trillion dollars of aid has not proven to increase economic growth and reduce poverty. On the other hand, aid funds have, in large measure, helped to entrench dysfunctional systems that dis-empower the very people they are meant to uplift. "Let my people go!" she cries out.

She is clear and lucid for an economist, and Bill will understand her if he tries. I expect more of this intelligent, talented and kind-hearted guy. He is uninformed about the soul-crushing downside of aid that kills development and growth with profound, lethal repercussions in the lives of the local people. He would do well to get beyond a do-no-wrong bubble and consider Dr. Moyo's wise views and abundance of evidence if he truly wants to serve the people of Africa.

Isn't it time to start giving priority to commerce over indefinite aid that debilitates rather than inspires? Let the local people chase their own dreams and ambitions with their own talents.

Moyo heroically connects development issues directly to aid using real evidence -- not easy to do with a swarm of outside interests and well-paid bullies tearing her down.

She is totally brilliant and the ad hominem attacks are shameful.