(Advisory: Scathing, yet, hopefully realistic assessment--don't mind.)
I am certainly not the only one who sees the Great Himalayan Trail (Trick?) to be a well-funded (Himalayan) snow job. Although, I might be one of the few Himalayaphiles willing to call it out publicly (many others have shared their disbelief with me in private), especially in the face of a moneyed industry that has grown up around the fictional line on a map. A corps of well-paid and articulate people have worked feverishly to will the concept into being with exuberant energy and talent despite Himalayan obstacles and Himalayan chasms and lack of a any semblance of a contiguous trail.

Even the talented gentleman who wrote the eponymous guidebook makes a striking confession. In his Acknowledgements he mentions the three Sherpa guides who made it possible by joining him 'every step of the way'.

Three Sherpa?
Ever step of the way?

This is a skilled, veteran trekker with many seasons of experience in Nepal. If he needed three Sherpa guides every step of a cross-country journey to find the way, negotiate logistics,  technical sections and survival, then what hope is there for the average trekker to pick up a guidebook and go?

In fact, an elite, world-class trail runner tried that and was dangerously off course within days, losing personal items and forced to return to Kathmandu by vehicle, perhaps lucky something worse did not happen.
Again, if a elite, seasoned trail runner was immediately lost, then what hope is there for an average trekker?

"One Trail to Rule Them All" was put forth with a grandiose, kingly name at a time when Nepal had just ousted a 239 year-old tyrannical crown--perhaps a more appropriate motto during that dynamic time might have been One Trail to Unite Nepal or even The Trail to Unite Them All. After all, the country was just out of a ten-year civil war and working to come together as a newly born democratic republic. Yet, even my above alternate names would miss the mark considerably until there actually is a trail.

There is no one such trail or even a contiguous series of trails. If a person is lucky and with adept guides and tremendous logistical and technical gear and support (arranged with a great amount of funds), then they might be able to trek across the country from the eastern to western border, but certainly not on any singular trail, or even one contiguous route linking trails. There simply are not trails linking other trails in a number of remote areas even as maps might hazardously make it seem unless some very lengthy detours and wild zig-zags are undertaken to connect sections (such detours are not indicated on any of these maps).

Moreover, the seasonal window for crossing secluded, technical, mountain passes on a cross-country high traverse is relatively short and through isolated, rugged, uninhabited highland areas along the ramparts of the Himalaya. Spending time in this no-man's land at altitude including traversing technical passes requires not only the aforementioned expert guides with technical skills but a good deal of supporting gear and food and staff to help with both and not just route-finding. Certainly, such an expedition-style journey is outside the ken and budget of casual trekkers and even elite trekkers for that matter.

Additionally, there is no Lower GHT. It is simply a conceptual line on a map, and I personally know the two guys who casually placed that line on a map. They did it from an office in inner-city Kathmandu far away from any remote trails. One of them never trekked in his life, the other manages a company that specializes in taking foreigners to Annapurna, Langtang and Everest and did no recce whatsoever in the majority of the country.

Please don't get me wrong. People have hiked cross-country, and of course that is totally possible. Some people did near cross-country walks decades before the 'launching' of this posh project, but no one has hiked the so-called Lower GHT route, because it  simply does not exist (the highly sponsored and talented group who hiked border-to-border followed a myriad of trails and not an advertised route).

To the credit of SNV (the Dutch INGO that funds along with help from DFID, the aid wing of the UK, the heavy promotion and dazzling salaries of a multitude of people both foreign and domestic working on promoting the GHT fantasy), they have retreated from 'One Trail to Rule Them All' realizing at least that the initial title was total fiction, although not sure how it was vetted in the first place with the many paid experts that were on board.

Further retreats have been made, yet whatever the amorphous conception has been molded into at this point, with all due respect, the cash-infused notions of the GHT and Lower-GHT are nothing like the names suggest. I humbly request that people affiliated with the swanky campaign might reconsider associating their good names with it no matter what the financial rewards might be.

At this point, with all due respect, great Himalayan truth needs to trump all else now more than ever as Nepal re-builds post-quake and I/NGOs and government agencies, agents, and accomplices might do well to consider a new, more transparent paradigm. If nothing else, then do it for the safety of trekkers who might be fooled into attempting a long-haul hike on a non-existent route.

Follies like this prompted a Nepali journalist to cry out, "Does Nepal need DFID or does DFID need Nepal?!" It is a fair enough question, especially for a citizen of a country burdened by indefinite 'aid'. Nepali journalists should turn the heat up by continuing to ask valid, hard-hitting questions of these outsiders operating in their homeland and demand credible, evidence-based answers.

Outside of humanitarian quake relief, Nepalis might do very best with the opportunity to choose their own programs and own targets without outside intervention that often enables dysfunctional elements of the status quo and therefore, empowers and embeds the wrong people while disempowering and disenfranchising the citizenry through mis-governance and paralyzing entitlements.

Removing the deadweight, malignant establishment players and entities will be the best anyone could possibly imagine for development. It would allow the Nepali people the freedom to follow their own dreams with their own capabilities and efforts unencumbered by donors, diplomats, politicians and an entitled gang.

Many cheers for your patience and consideration regarding my comments above and please keep on trekking, sightseeing and adventuring. Nepal offers endless cultural and natural treasures along with a legendary hospitality that will charm visitors in an enchanting Himalayan land. And to the misguided of the aid workers, donors and I/NGO staff who've traveled overseas to effect change in Nepal, please give renewed consideration to the trekker's maxim, "The Himalaya might change you, please don't change the Himalaya." 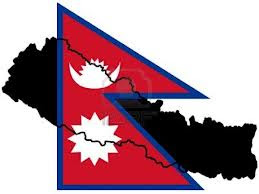