An Uncertain Glory: India and its Contradictions -by Amartya Sen and Jean Drèze
was written about India and applies directly to Nepal as well. Below is a telling excerpt from The Economist review of it.

"The authors argue that the state fails mainly because of deeply entrenched inequality. A ruling elite defined by caste, but also by gender, education and income, has an utter lack of interest—verging on contempt—in improving matters for the rest. Newspaper editors and readers, judges, NGO activists and academics are also drawn largely from privileged backgrounds, and care little." 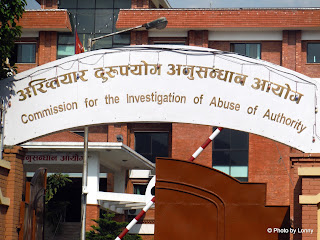