Another day, another bandh

Actually, Nepal has been in an endless #bandh (closure) for the foreseeable past -- a bandh that has crippled the people...a bandh resulting from the political establishment and entitlement gang and their dysfunctional status quo -- a self-serving status quo that is supported and underwritten (knowingly and mostly unknowingly) by foreign agents (including diplomats, I/NGOs, donors, and aid workers).

And then there are the day-to-day bandhs of a restless people wanting change, wanting freedom and making an impact the only strongest way they seem to know how -- shutting everything down that they can in a dysfunctional system. Despite the negative effects on commerce in a depressed economy, the long-running bandh spawned by corrupt officials and the vehicle halting bandh of the day, for me the latter type of Valley bandh is a chance to walk along uncluttered roadways. Yesterday, I made a comparatively quiet stroll to Basantapur from Thamel along narrow and uncrowded passageways.


Bandh or no bandh the ticket takers at the monument sites are always at their stations and ready to collect fees (a money-grubbing habit they learned from foreign advisers) that never seems to trickle back to the area for which entrance is gated.

One astonishing discovery du jour was Seto Machindranath Temple...a compound behind a wall that collapsed off a main thoroughfare near Ason Chowk. Just behind the crumbled wall the glorious temple can now be seen; otherwise, it had been hidden from street view. I have passed by this very busy area many times without the slightest notion Seto Machhindranath Temple was awaiting discovery there.

Below are photos from today of this mystical site revered by locals. 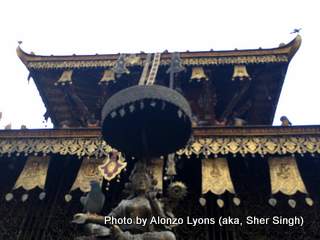 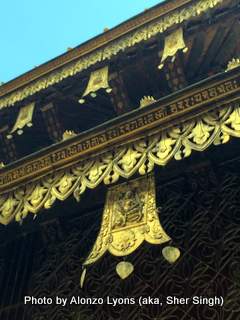 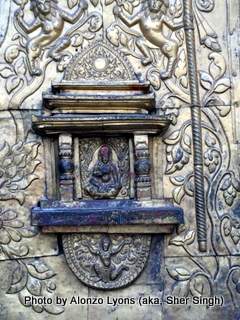 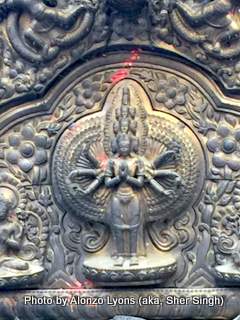 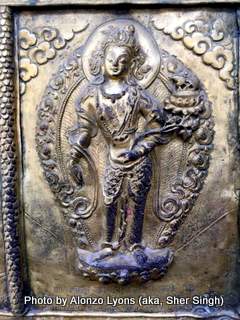 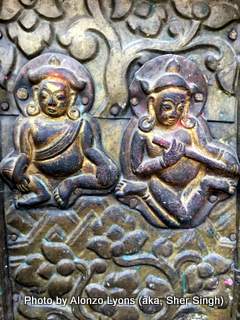 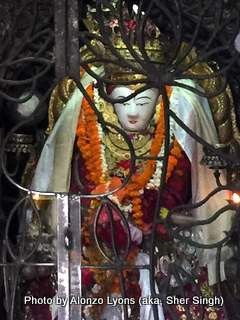