is there anything holy about vegetarianism? even agriculture kills bugs, snakes, mice, etc. if you eat or wear clothing, most likely, something was killed for you.
this fact freaked maha kassapa out and that is why he left home and became a great disciple of the buddha.
"One day, however, when Pipphali Kassapa was inspecting the fields, it happened that he saw, as if with new eyes, what he had seen so often before. He observed that when his people plowed, many birds gathered and eagerly picked the worms from the furrows. This sight, so common to a farmer, now startled him. It now struck him forcefully that what brought him his wealth, the produce of his fields, was bound up with the suffering of other living beings. His livelihood was purchased with the death of so many worms and other little creatures living in the soil. Thinking about this, he asked one of his laborers: "Who will have to bear the consequences of such an action?" — "You yourself, sir," was the answer."
The following was my reply:
so true...paradoxically, in order for humans to live other beings and living things die...did not Maha Kassapa minimize that by ordaining? i mean, inspiration to be 'holy' worked for him, although that can be a loaded word.doesn't intention play a vital role regardless of action...knowing the misery that goes into a production of a pound of meat, i choose not to participate...is that misery comparable to say a shovel plowing a field and slicing through an unsuspecting insect that doesn't know it was coming in first place and until then was living an unencumbered existence?and besides would one excuse the other?seems a bit incomparable to an animal raised in pathetic conditions suffering a pathetic existence until butchered...in the end it seems mostly just a selfish taste for flesh..."He who, seeking his own happiness, punishes or kills beings who also long for happiness, will not find happiness after his death" --Dhammapadathere is also issue of environmental degradation (meat industry is a leading cause of the following: deforestation, water depletion, ocean dead zones, species extinction) with massive resources poured into livestock industry and overzealous fish harvesting particularly relative to other foodstuff... 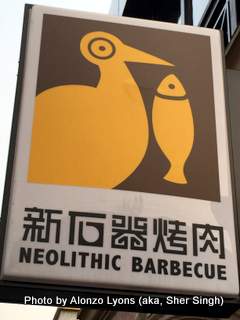